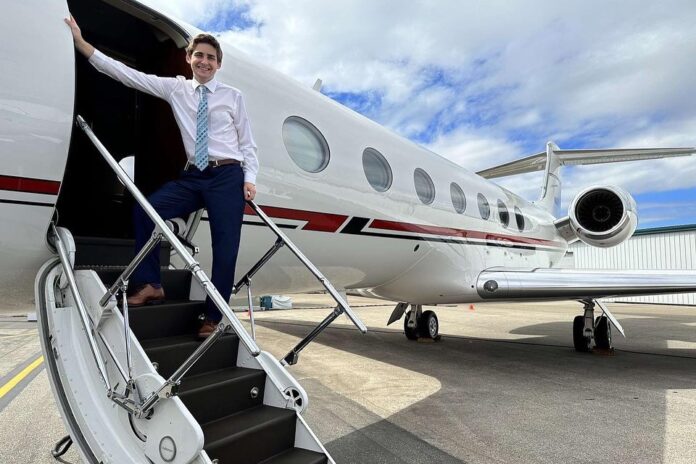 Jack Sweeney first learned that ElonJet, his Twitter account tracking Elon Musk’s private jet travel, was banned when he woke up this morning to a notification telling him that the profile had been permanently suspended from Twitter.

The 20-year-old University of Central Florida student had set up ElonJet as one of more than a dozen flight-tracking bots, which use the ADS-B (Automatic Dependent Surveillance–Broadcast) system to monitor flight paths.

The student titled his tweets on the supposed shadow ban his “Twitter Files” — the same thing Musk has been calling a series of Twitter threads, written by journalists of his choosing, on the internal workings of the company.

Sweeney believed Twitter would try to excuse the ban as part of a broader crackdown on automated bot accounts, but he was surprised that the company didn’t give a reason for banning ElonJet.

Sweeney intends to continue the work of ElonJet elsewhere.

You can find plane notify by Jack Sweeney on Github.

Previous article
Crypto Crash: Why the FTX Bubble Burst and the Harm to Consumers
Next article
Mr. Ray highlights the absurdity of the crazy FTX farce and Sam Bankman-Fried’s crimes
STONKING

STONKING - What everyone wants.

© STONKING - We may earn a commission from links on this page.